Posted on February 16, 2005 by: Wainuiomata
Filed under: Events, Reviews

We were apart of the 3000 people that turned up to witness, D-lo squad who perform at the 2005 Repect hiphop festival and what a day it was, the weather was spot on and for myself, being my first time to see D-lo squad in action.

I must say it's awesome to see, people you have grown up with, entertain a crowd as such. I caught up with one of the members, and asked what they thought about having their own website. They are very interested, so in saying that, we have setup hiphop.ynui.co.nz. Its still to be designed, we will work as fast as we can, to get this site on its way.

While we were there, we managed to take a couple of photos, before we realised that the batteries for the camera were on its way out. 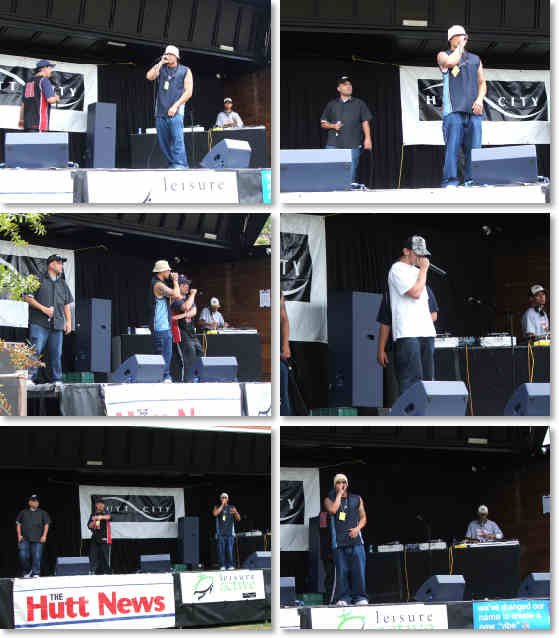