Ten brown kiwi birds will be released in Rimutaka Forest Park this weekend, each kiwi will have a radio transmitter attached while a well organised group of volunteers (GVN) join the Department of conservation (DOC) responsible for maintaining two trap lines aimed at catching kiwi predators. Its been 100 years since we had kiwis pecking around a protected area down the coast. This isn't just a extremely huge thing for Wainuiomata but the whole of New Zealand and its happening right in our backyard.

Event begins 10:30am at Wainuiomata Marae for welcoming and blessing of the kiwis. 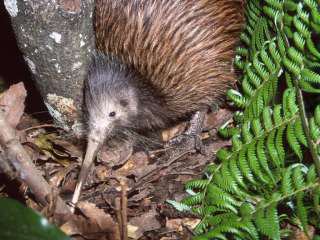 « Pictures of our Universe Paint.NET »