Wainuiomata: On the other side

For some outsiders, Wainuiomata has a reputation for dullness, crime and poverty.

Over the past twenty years, jobs have been leaving Wainuiomata but with a population 17,000 that has remained relatively steady and jobs over the hill in the Hutt Valley, it has avoided "zombie town" status.

But the town is changing. We find out what life is like for 20-somethings in Wainui. 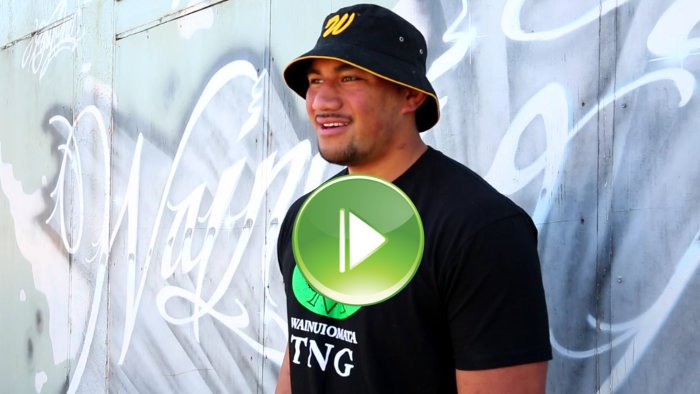 A lot has been happening, and very positive too, the server technology is being upgraded, a lot of relationships are being developed, will keep moving forward day by day.  Very happy with progress moving forward.

Another day out and about, meeting new people, was offered to talk on the local radio station, just to try to reach out to more people this idea I have.

Was the first time I have talked on the radio and it was awesome! would do it again and again.

Posted on September 25, 2014 by: Shane Maru
Filed under: Opinion

Today was awesome met some very down to earth people, thanks for all your support.

Love waking up everyday looking forward to the lessons to learn?

The feeling to admit faults and apologising for broken promises and the positive receptions received?

I wished I faced my demons earlier?

Being positive and respecting others?

Been seeing so much support everywhere? everyone always has something positive to offer everyone?

Find it easy to hear and see the negative of others is effortless (gossip) but sourcing the positives are worth the efforts?

Thanks for all the positive support to all those I have been catching up with?

Looking forward to catching up with as many people as plausably possible?

Want to source all the positives?

Posted on September 17, 2014 by: Shane Maru
Filed under: Announcements

Objective for this website to provide an online environment, a place I could store information for my family and friends, site has been long over due for content, always has been will get around to it, after many years of the site being up, feel like its time to use it for its intentions.

Been along time trying to build the confidence to stand up and do something I believed in and being self conscience has taken sometime to over come. I'm not a perfect person, have made of lot of decisions that have held me back.

Lately I have been really soul searching so to speak, what do I want to truely do? I want to do what I have always wanted to do and that's help people, I feel like I have been hiding inside a shell, and feel like its time to start making some real actions to really take ownership of my life.

I don't know if anyone reading my thoughts truly understand where I'm coming from? but I really want to try to make something good happen one day at a time, I have all these ideas that have been floating around inside me for a long time and want to give myself a chance.

Basically I want to provide an option for people to share information they think, would be benefit others in our community, I have never been very strong with expressing myself in words. But I want to start somewhere.

Do believe in our community, and believe our community has so much potential, I want at less try to help although I understand I'm not perfect and may let people down at times, but I do want to bring the odds more in my favour to minimise letting people down.

My daughter is now 5 and will be 6 in Feb, I have been a solo dad, since the first day she left the hospital. I want to be able to show my daughter I respect myself and I respect others as growing up, there are decisions I haven't benefitted from.

Lately I have been trying to provide options for people, local businesses another place on the net to share with our community.

Been asking local businesses if they wouldn't mind if I took a photo of the front of there shops, details about what they offer and any other important details that would help our community.

Been contacting organisations in our community asking if they would like another option to share their resources, I would love to have a place that I could go to that had news about our community, about events happening local, has been many times something has happened and I wasn't aware.

It's not always easy to ask for help, or where do I go for help and learn in my own time, so I was thinking perhaps others may feel the same?

I hope over time, people will learn the substance of what I want to provide to my family and friends, and future friends also visitors too.

Would like to ask if anyone would like to share anything that they may feel would help others, to let us know and will see what we can do.

Thanks for reading my textbook, lol. 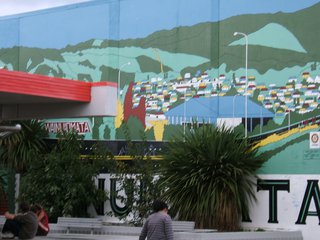 Posted on June 3, 2011 by: Shane Maru
Filed under: Developments

Thought I would start with the first post to the new site, get something started at least. The idea at this point is to start using the site for personal use? I guess somewhere I can share information, ideas etc with friends, family and whoever around the nui that is interested lol.

Been ages since I left anything on this site, should start using it to get more involved in whats going on around Wainuiomata. Be good to see the website being used. Will try and see if I can resurrect it back to life.

Posted on January 3, 2009 by: Shane Maru
Filed under: Reviews 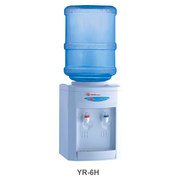 I like to think that every person is a fabulous artist, and we paint the most believable pictures around. It seems that in any situation where we do not know all the facts for certain, we tend to 'reckon' or assume we do know what has happened or is happening. For example, a husband is working late a lot, has blonde hairs on his suit (his wife is brunette) and jumps straight in the shower when he gets home. We all 'know',or have painted a picture about what is happening. Most of us would be 100% sure he was being adulterous, but we don't know for certain because we weren't actual witness to anything, it's just that's what it looks like to us based on what facts we do know. If the wife confided in us and asked for an honest opinion, it appears we would be of the persuasion that her husband was guilty of infidelity and inform her so. The overwhelming opinion of her peers would seem to be that her husband was cheating on her. We all have shown her our pictures (ideas) of what's going on, and from that is seems likely she would draw her own conclusions, or paint her final picture, and react accordingly. If this situation were a court case, and the jury found the husband guilty, the presiding Judge would overturn the ruling because it would be based on hearsay, not proof. It doesn't mean he is or isn't guilty, just that we don't have enough facts to convict, only opinions. There could be a whole host of probable pictures to explain the circumstantial evidence, but most are ignored because they don't fit with what we have drawn, with what pictures we have painted ourselves. If we knew all the facts, if we knew everything relevant, we could make an informed conclusion, but if we don't know all pertinent details, what we have is an idea of an idea, that we seem to take as fact. Is having an 'idea of an idea' the same as someone describing a painting you have never seen before, and then deciding we know exactly what that painting looks like? Our opinions seem to be based on what pictures we have painted, and a lot of our pictures seem to based upon a mixture of fact, feeling, and other people's paintings we have interpreted.

Sometimes it seems the husband would be deemed guilty even before a trial. For whatever reason, sometimes it's easy to be convinced of someone's complicity in an event regardless of contradictory evidence presented. Maybe the guilty verdict fits in or supports something we know or have experienced ourselves. Maybe it's personal and we refuse to acknowledge any pieces of the puzzle that don't fit the picture we have painted. Maybe we are taking only what we need to support our idea, and disregarding the rest. Maybe we relate the situation to us and make a judgement accordingly. Maybe we focus too much on the negative and rearrange everything else, so our view is unobstructed and we can keep an eye on it, just in case it is true.

Have you ever been wrong? Have you? Most people will admit to having been wrong at some stage during their lives. They might look back at something they did, then look at the consequences of it, and decide that maybe it wasn't the best course of action after all. They might think back and regret their actions and think "Why did I do that? I wouldn't have done that if I knew then what I know now.". Which, it seems, is exactly it. Maybe we are 'wrong' only in retrospect. Maybe at the time of our actions, at that exact time we do something, we are right. It seems our actions at any one time are based upon what we know - what information we hold at that time. If we could foresee the future and discern an undesired outcome as a result of our intended actions, I doubt we would still go ahead. It seems we just 'Go with what we know'. Are you wrong for basing your ideas and opinions on what you know? Maybe you are wrong from someone else's viewpoint, but aren't you right from your own viewpoint, based upon what information you hold at that time? Maybe later you have an information 'update' and your opinion or viewpoint changes? Ultimately, empirically, or factually we may be incorrect, like a colour-blind person who may see a grey instead of red. The colour-blind person doesn't see a red colour, he sees grey, because that's what his eyes and brain are telling him. For all intents and purposes, and judging by what he knows, from his viewpoint, in his opinion, what he sees is grey. Is he wrong for seeing grey? It looks like grey to him, and from where he stands it IS grey. If you were him, would it be grey to you? What if no-one told you it was red not grey? How would you know? You wouldn't know. If everyone saw colours like you did , or if you saw colours like everyone else does, who would be wrong? No-one. It seems it's just a matter of opinion based on what you know.